Our Lady of the Charred Visage

I can feel Our Lady between these walls. I can feel her warmth, for her face still burns, a reminder of her sacrifice and ours. The pain, the cold and the burn are our Rules.

She was once a beautiful girl named Áurea. Her beauty was adored to the point of worship. When the fanaticism surrounding her became unbearable she immersed her beautiful visage in boiling oil. The Miracle took notice of this act of contrition and blessed / cursed her with a face that smoldered eternally. Joining a convent, dedicating herself to God, and donning a mask of gold, she was eventually canonized as a saint and the Convent of Our Lady of the Charred Visage was founded.

Phase 1 (100-50% HP) is relatively simple and only involves Our Lady of the Charred Visage's first hand. Jump and strike the brain while dodging the Laser Beam and Burst attacks. When Multiball attack happens, strike the balls towards the brain to do easier damage. This can be done the most easily by putting the Penitent One into one of the corners of the room with their back to the wall. This is the easiest way to defeat this boss. Not utilizing the Multiball attack technique will result in a longer, more drawn out fight. Phase 2 (50-0% HP) will involve the spawning of another hand, which means hits will be harder to land.

The Penitent One can minimize damage suffered by equipping Fire element resistance (Piece of a Golden Mask, Quirce's Scorched Bead, Seashell of the Inverted Spiral) and Magic Element Resistance (Muted Bell, Consecrated Amethyst). Additionally, the Heart of the Single Tone can help by empowering Mea Culpa to destroy the fire balls Our Lady saturates the battlefield with; however, this will slightly lower elemental resistances.

Beat the Our Lady of the Charred Visage.Face Off

No. 1 A young villager named Áurea had such a beautiful and pious face that even as a child, statue sculptors took her as a model for their creations. Her face became so recognisable that, little by little, people took her as the living, breathing image of divinity, until it reached a point where they ended up taking her out on procession, and even replacing their own images. Such was the fervour around her that she could not bear to be mistaken with the divinity, and burned her face with boiling oil to gift her pious beauty to God, and took up the habits of a convent.Golden Thimble

No. 2 The years passed and she started showing natural signs of ageing, just like her companions, except for the burn, which remained as fresh as the moment the boiling oil had spilled. The wound was still smoking, scorching and reeking. This was understood to be a miracle, and she was canonised in life by the Church; she became known as Our Lady of the Charred Visage. An order was founded in her name, where all the existing nuns as well as those who wanted to take up the habit had to burn their faces in the same way as Áurea had. She wears a golden mask under which she hides the gauze that alleviates the eternal pain that the burns still inflict on her.Piece of a Golden Mask 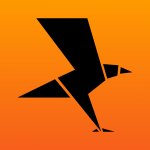