The Penitent One is the player character and main protagonist of Blasphemous and the associated prequel comic, Blasphemous: The Kneeling. He wears silver plated armor and his design is based on traditional Catholic precepts, such as the red cord or cinture he wears around his waist and his distinct capirote-like pointed helmet. He has no dialogue as he has made a vow of silence as his penance.

The Penitent One carries a unique sword, the Mea Culpa. Its hilt has an emblem of El Retorcido and its blade is wrapped in thorns. It is an embodiment of guilt and correspondingly the expiation therefrom, forged in the heart of a guilty woman.

The Penitent One is the lone survivor of a congregation called the Brotherhood of the Silent Sorrow, so named because those in the congregation have taken a vow of silence as a form of penance. The Brotherhood's silence is a reflection upon the silence of God, as evidenced by the lore of the Key to the Chamber of the Eldest Brother.

The entirety of the Brotherhood was cast out for a past indiscretion or some sort of conflict with the Church. The nature of this indiscretion is not made clear, but it is possible that it relates to the Penitent One's mission to reach the Cradle of Affliction.

The Penitent One has various skins that can be either purchased or acquired through other means: 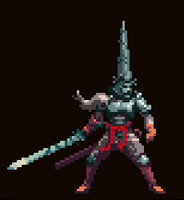 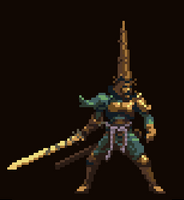 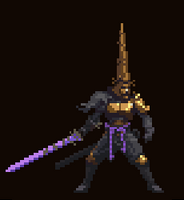 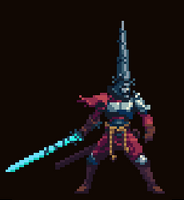 The Son of the Miracle 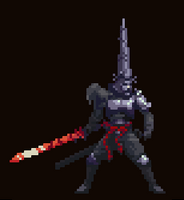 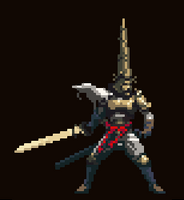 Warden of the Ossuary 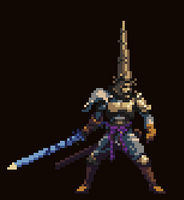 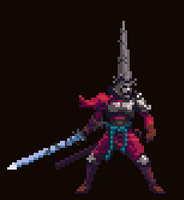 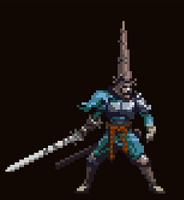 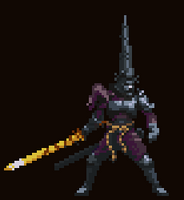 Retrieved from "https://blasphemous.fandom.com/wiki/Penitent_One?oldid=6982"
Community content is available under CC-BY-SA unless otherwise noted.