Sister of the Charred Visage

The Quarry - The Loop

Convent of Our Lady of the Charred Visage

The Sister slowly walks towards her target, dragging her censer behind. When at the right distance, she turns towards the censer and uses it like a morning star to hit the player. This attack deals a lot of damage and kicks back the Penitent One. After delivering the blow, the Sister takes some time to drag back her censer and return to her default position, allowing a decent amount of time for attacks between her attacks.

When confronted with a Sister, the Penitent One can either dash away in the opposite direction to avoid the blow, and then run towards the nun to deliver a combo, or can dash towards the nun and crouch in front of her, as the Penitent One won't take damage from the contact with the chain, and when the nun is delivering her blow this creates a blind spot right in front of her. This should be used only when the nun can be disposed of in two or three blows, for when the nun starts dragging back the censer, it deals contact damage. Jumping to avoid to attack is not an option, as the nun delivers the blow from above.

The Chain variant doesn't have a direct attack. She simply pulls the chain that empties the boiling oil-filled cauldrons. Killing her stops the lava cauldrons from spilling, deactivating the trap.

Only the Jailor variant of this enemy has an execution animation, in which the Penitent One will firstly do vertical slash at the Sister's mask, shattering it and causing the enemy visible distress. Afterwards, the Penitent One quickly disembowels the enemy with a swift horizontal cut, which causes her to fall to the ground, presumably already deceased. Regardless, the Penitent One then stabs the body with the Mea Culpa two more times, stirring the sword in her back before finishing the execution. 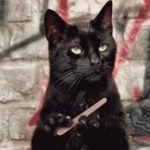 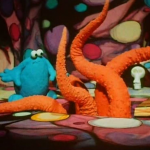